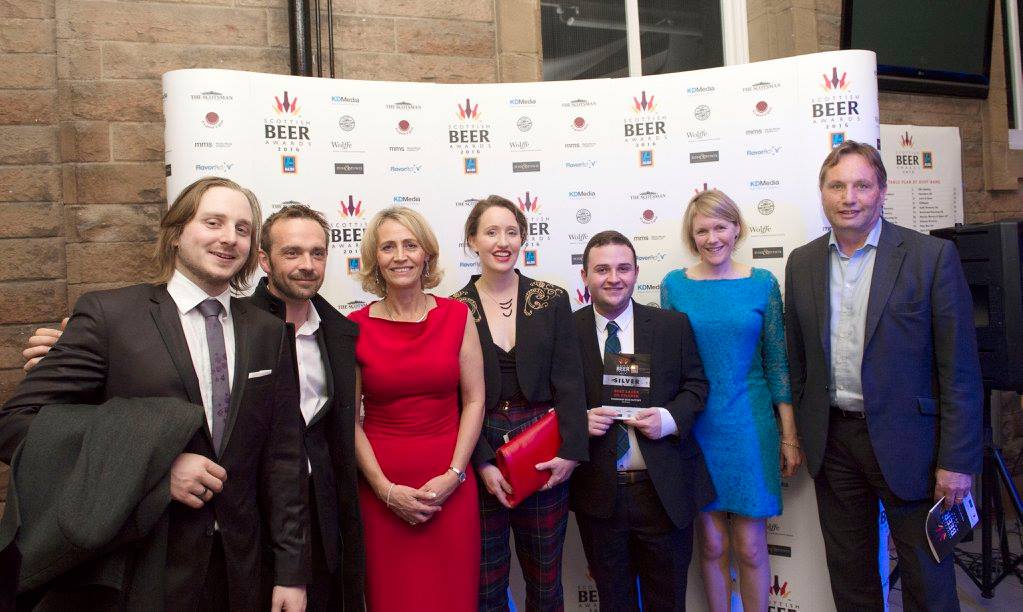 The Scottish Beer Awards. The World Beer Awards. Award season was well and truly upon us – and Paolozzi was taking centre stage.

The Scottish Beer Awards, hosted last week in the heart of our home town of Edinburgh, was the first of its kind. However, it had the sophistication and sublimity of an illustrious historical ceremony. Yes, beer can be sophisticated – although there was plenty of wine and champers doing the rounds too!

Several members of our EBF team (Kirsty, David, Lynne, Kane, Andrew, Rosie, Gregor & John) turned out wearing their finest to enjoy the night with one another and our fellow Scottish breweries. The awards highlighted the incredible talent that lies within the Scottish beer industry and we sincerely raise a glass and congratulate the other winners and nominees on their success.

Paolozzi wasn’t for going home alone. Not that night. Paolozzi took home the Silver for best Lager or Pilsner. Voted by a panel during a blind tasting, it surely stands as a testament to its great taste – and we hope you agree it’s deservedly so.

As you can see from the snap above; Paolozzi took the Silver, but our team spirit was worthy of a Gold.

The World Beer Awards followed and bested the SBAs by awarding Paolozzi as the best Helles/Munchner style lager in the United Kingdom. The crème de la crème. The finest – or sublimest – in our mighty Kingdom.

Being only one year in, we’re elated. Again, this is a testament to the taste of Paolozzi – and, of course, the talents of our brewing team (David, Kane, Charles, Martin, Jade & Euan).

Perhaps next year we’ll take the world stage and beat the Germans at their own game?